We at iMatrix Solutions besides providing SEO services, we give SEO Internet Marketing Online and Classroom training by best faculty having ample experience of maintaining websites. For training enquiry and details mail us at : info@imatrixsolutions.com or contact us on +91 9000866282 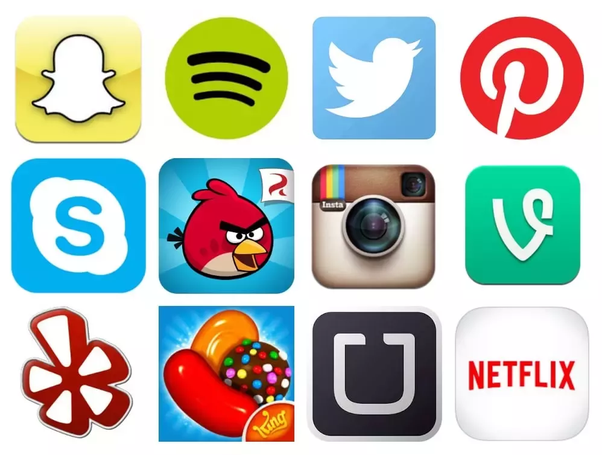 Nowadays everyone is using smartphones
to become a part of new technologies,
wants to update themselves to save time,
to finish work quickly, to communicate
easily etc what not... In simple terms,
we can say Everyone can see the WORLD.
mobile phones with different apps
have become a important role in human's life.
Mobile apps have made many things possible.

To wake up in the early hours one needs an alarm. We can set an alarm in the smartphones,
to see the latest news updates we can see in smartphones, we can check Facebook, Instagram,
Whatsapp,Twitter, Emails etc.We can watch Youtube videos.All these mobile apps run
independently on main operating platforms.

There are thousands of apps launched in app stores every day.In this competition world Companies
are focusing more on which type of mobile app they have to build that will grow their businesses.
Generally, mobile apps are classified into 3 types.They are Native, Hybrid and
Web apps.

Native mobile apps are specially designed for single/particular platform(Operating System),
it can be an Apple IOS, Google Android or Windows Phone called Native Mobile Apps.
Apps built on one type of operating system cannot be used on another operating system.
These apps can be operated by users quickly as they are developed for a particular platform,
which gives high performance as well.These apps can be accessed in-app stores like-Android apps
on Google Play Stores,IOS apps on App Stores etc.

Hybrid apps are developed by using multi-web technologies (for examples HTML5, CSS and JavaScript).
We can say hybrid apps are mainly website applications with responsive versions that can
work on any mobile device.These apps are easy to develop.Single code base for all
platforms ensures low-cost maintenance and smooth updates.

Web apps are web applications developed to deliver web pages on web browsers running
on mobile devices. These are run on web-hosted servers, cannot be installed on
mobile devices/handy sets.These web apps cannot access all features of native device functionality
(camera, calendar etc).Web apps require a minimum of device memory.All databases are saved
on a server, users can access web apps from any device with an internet connection.